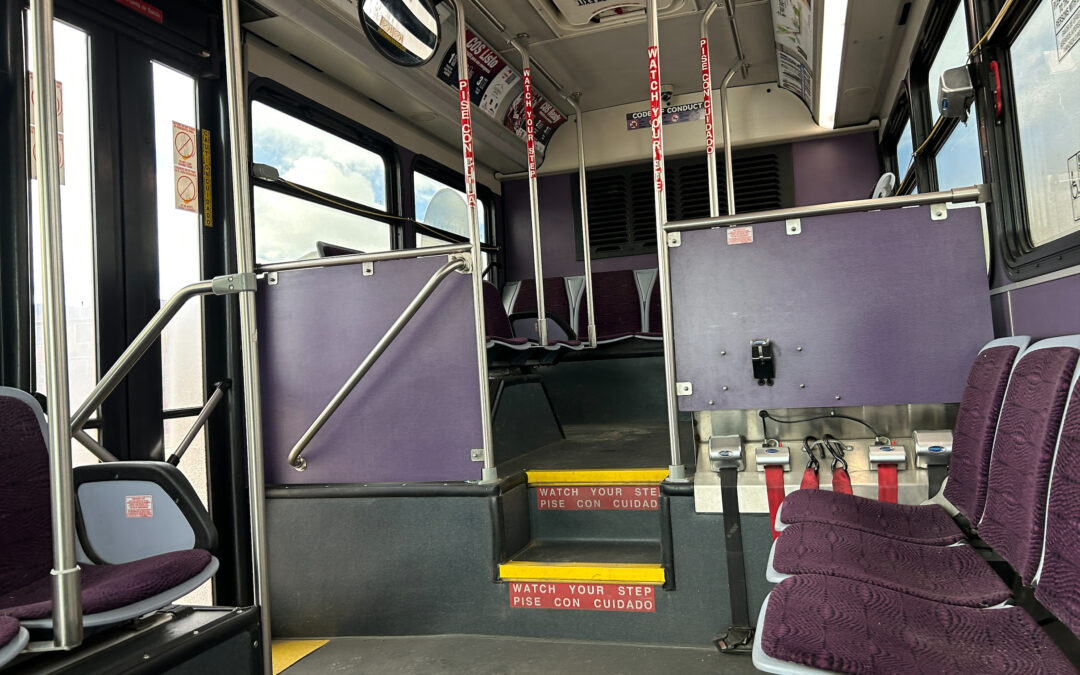 One week down and I believe that the experiment is going well so far. I have noted some health benefits, which is awesome!

For those of you just joining me, the first post can be found here: https://urbanlandscapes.design/carfree-journey-in-colorado-springs-week-1/

I’ve noted a slight increase in walking. I really have not had too many occurrences where I have needed a car during the day, so that has also been great. Many day-to-day meetings still occur via Zoom/Teams, which I appreciate. I’ve eaten less fast food, because it’s not as accessible – also a bonus.

Thursday of last week, I had a lunch meeting on 8th Street at Joseph’s Fine Dining, an awesome restaurant if you have not been there. The bus was actually quite efficient in getting to Joseph’s. The timing worked out as well. I walked to the bus stop at the park near Gold Hill and it showed up right when it was scheduled. There wasn’t another soul on the bus to Joseph’s – not a great thing for Transit, but it made the ride peaceful. It was a quick four-minute ride to the intersection of Brookside and 8th Street. The walk, once I got past the chaos of Kum & Go’s construction (no sidewalk) was short and easy.

After finishing lunch, I checked the schedule again, as I was aware that this bus route (similar to most in the City) only has one-hour frequency. One-hour frequency, by the way, is horrible. As a city, we should be ashamed of this. The timing again was perfect, so I walked back to Brookside and 8th Street. I had about 5-minutes to spare, so I caught up on email. The bus was on time again, but this time there were about nine others on the bus with me. Many of which had masks on, which initially I thought this was unusual. Seeing people with masks has mostly become a rarity in Colorado Springs for the past year. I then noted that this bus smelled a bit, so I get it now, I’ll bring a mask the next time. Arguably this is another health benefit?

Yesterday, I needed to get Downtown for a City Council meeting. This time, the bus routes were not in my favor. We have one bus route that is adjacent to Gold Hill – Route 16. Route 16 is not direct by any stretch of the imagination, and did I mention it has a one-hour frequency? As a means to get Downtown, albeit that it is super close as the crow flies, a transfer is necessary.

In order to get to a 9:00 am meeting at City Hall, I would have needed to catch the approximately 7:55 am bus at the park to 8th Street, then catch a transfer from 8th Street on the Route 4 bus at 8:56 am. You may say, “John, it looks like the timing is perfect, it’s right at an hour difference.” While that may work out, chances are that I will be chilling on 8th Street for an hour and be late for my meeting. This was a no-go for me. Fortunately, I have the luxury to ask my wife for a ride downtown on her way to work. There was still a lag of time downtown, but breakfast with a friend sounded so much better than an uncomfortable bench on 8th Street.

Getting back home was a similar scenario. It would have taken me over an hour, which I frankly could have walked faster. I opted for a Lyft this time. It cost me $12, but that rate was only slightly higher than the parking meters plus mileage. I’ll find better alternatives next time.

I do still drive on occasion, mostly in the evenings and weekends when I utilize my wife’s car. I do have to say that I haven’t yet missed driving. There are zero health benefits to driving, in fact I feel that our dependence on driving is the prime factor in our country’s obesity rates. For some reason, people get angry behind the wheel of an automobile as well, I’ve been known to give in and give the one finger salute from time to time.

I have appreciated the comments through the blog, Facebook, Linked In and other places thus far. Please keep them coming, this has been interesting and worthwhile so far. I love the extra walking time and breakfast with my friend. I’ve enjoyed not driving, probably because of my disdain for the dependence on the automobile. And, I added some perspective that I have taken in first hand this past week.

I think that those of us that are more fortunate and have the means to drive and be more flexible, tend to view people who ride the bus, or don’t have vehicles with a different perspective. I have received multiple offers for a ride, which I have appreciated. To date, I have declined the offers because it wouldn’t be true to what I am trying to accomplish with this experiment. And no, Mom, I am not trying to catch the plague – that is not the goal. Ideally, I would actually like to find health benefits from this.

Even after just this one week, I feel guilty for how I have viewed people without cars. I think we all are a bit guilty of making assumptions about people when they’re waiting at a bus stop because of what society has taught us over the years. Yes, it seems to be true that in Colorado Springs, people ride the bus because they don’t have other choices. Vehicles, and the maintenance thereof, are insanely expensive. Others may not be able to drive because of a disability or inability to obtain a driver’s permit. This puts them at a major disadvantage.

I will continue writing on this, perhaps not weekly. In the meantime, I hope that what you take away from this post is that not everyone on the bus has to be there. We need a transit system that is for the people who want to be there. A system is needed for those who choose to ride over drive. Be kind to your neighbors and friends and stay warm… Holy cow, it is windy today and I am grateful that I only have a four-block walk to work!