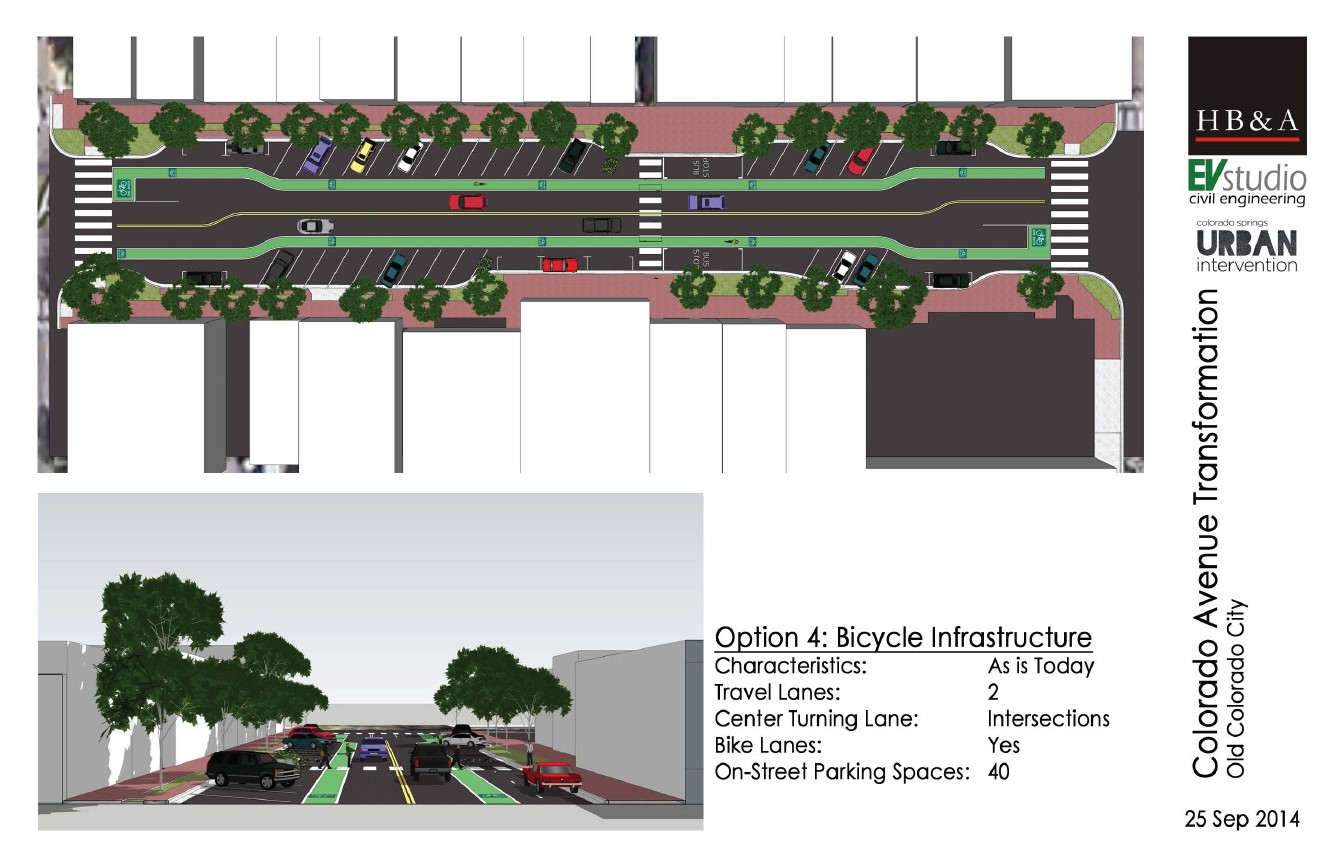 Downtown is in the midst of a renaissance (See ‘Skyscraper’ points toward Springs Future)! But, it’s time to focus on the non-Downtown areas of Colorado Springs as well. Old Colorado City is the most obvious next location. Arguably, Old Colorado City includes a better stock of historic architecture than the Downtown area.

OCC was once the wild sibling of the City of Colorado Springs. The unsavory activities, prohibited in Colorado Springs, were prevalent in OCC. Included were a plethora of saloons, brothels, and gambling establishments. Fragments of this history can still be found in OCC today including tunnels where patrons could visit partake without being seen.

Rather than restating the history of the area, let’s focus on the great potential for OCC today.

OCC IN THE PAST DECADE

Development is coming to OCC in one way or another in the coming years. My hope is that it can come in a manner that is sensitive to the history of the area.

About a decade ago, I recall an uproar from OCC when a Kum & Go gas station was proposed on the east side of the Colorado City “downtown”. This development was protested by many of the residents of OCC. For me, it saddened me to see this otherwise walkable district of OCC to have this invasion of such a non-pedestrian-friendly user. Gas stations, strip malls, and other land uses with a focus on the automobile are effectively repellant for walking and shopping. They are a cue for an out-of-town visitor to cross the street and go back the way that they came. The west side of OCC also includes similar uses, repelling people from walking further.

When OCC redevelops, I hope that the City and its residents demand more. They should demand better zoning that builds upon what exists in OCC today – similar to that the form-based code of downtown. Development will be quickly moving toward OCC and the preservation of the sense of place that exists could be quickly threatened.

The other major opportunity that exists in OCC is in better utilizing the public space of Colorado Avenue. Our public space is far too unproductive, see The Road Maintenance Dilemma. Only a few years ago, the Old Colorado City SIMD (Special Improvement and Maintenance District) requested a new vision for Colorado Avenue. OCC could have a more functional streetscape and pedestrian experience. I had called my friend Aaron Briggs, Principal of HB&A, in to assist with some drawings. We provided the following illustration to the SIMD and discussed them with the City.

It seemed like we were making some progress in bringing new life to OCC. The design had nearly doubled the amount of on-street parking by transforming the parallel spaces to angled spaces. It had decreased the number of traffic lanes and pedestrian crossing distances and even infused some parklets into the vision for Colorado Avenue. We had the support of the SIMD, the support of Colorado Springs Traffic Engineering and several of the OCC business owners. I thought this was a success. All seemed to be moving forward… until it wasn’t.

To this day, I’m not clear on what paused this vision and potential boon for OCC, but my suspicion is that some of the local politics came into play. There continues to be this great fear that by removing traffic lanes, less people will be able to visit a district. Although this has been proven false over the years, the fear is still present.

The reality is that more lanes do not equal more visitors. More lanes, however, do induce higher speeds, more wrecks, and the wrong kind of congestion (annoying congestion, as opposed to “seductive congestion“) for the district.

My hope is that residents and business owners of Old Colorado City can advocate for a context-sensitive form-based code for their community. At the same time, I hope that an update to Colorado Avenue that focuses on providing a better pedestrian experience and on-street parking may also proceed.