The COVID-19 Effect on Food in Colorado Springs 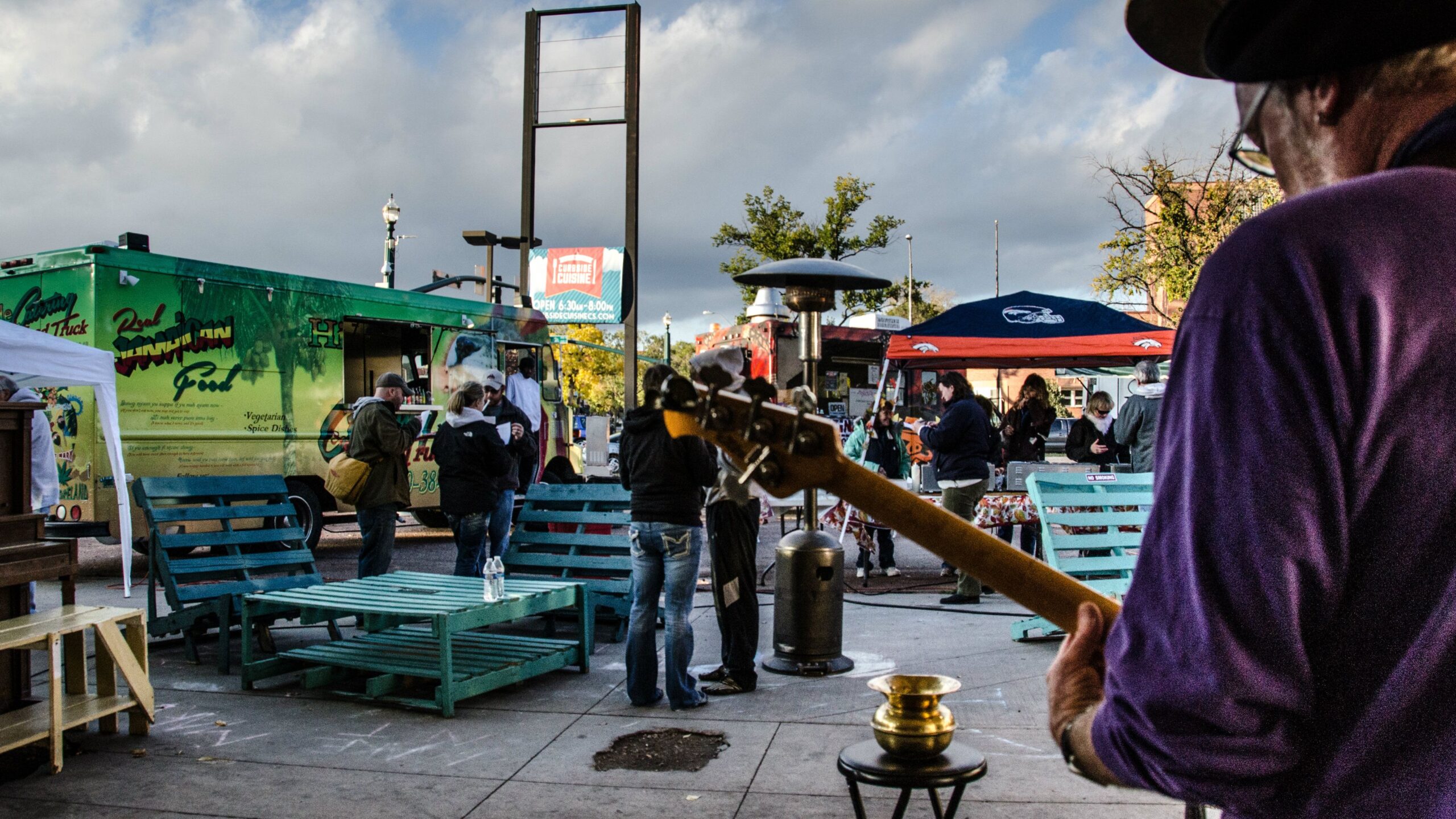 With the virus changing our patterns as a civilization, we have to rethink how we dine. Dining in public places was already experiencing dynamic changes in the past few years. People were already dining out less and opting toward the restaurants that were neither dine-in or fast food – places more similar to Chipotle where counter or online ordering then sitting at somewhat clean tables.

Covid-19 has taken this to a whole other level where delivery and take-out are king. But there is something about it that still misses the pleasing aspect of dining out. I believe that warmer weather is going to open up the possibilities as we continue safe distancing protocols in 2020. Yes, if you were thinking that I was going to say food trucks, you’re right!

Food trucks entered the Colorado Springs scene in a major way in 2013. As a part of the Colorado Springs Urban Intervention at the time, we really wanted to bring this placemaking element to Colorado Springs that was prevalent elsewhere. We were fortunate to have the support of the City of Colorado Springs, the Downtown Partnership and other individuals who also believed in what would be Curbside Cuisine. Our CSUI group championed this food renaissance for the remainder of 2013 before a separate board was created to see it through. It eventually ran into issue with the infrastructure and had to close, but it doesn’t mean that it couldn’t come back. In fact, the Downtown Partnership continued to champion this renaissance in the past couple years at the Pioneer’s Museum. I am unaware if it is coming back in some manner or not this year, but I think it is important to enable food trucks to think beyond entities setting up infrastructure and make awesomeness happen all over town on other coordinated days of the week.

People would love to have access to good food, so it would be best for the trucks to go to the people. I have assembled a map of Colorado Springs identifying some of the locations where I believe that it can be successful without additional permissions or infrastructure.

In Colorado Springs, the public streets allow for Food Trucks as long as the truck is meeting the legal obligations of the City (parking legally). In general, this means that they must be parked where parking is allowed and not impede traffic. They are also not allowed to park in metered parking spaces.

In the assembly of this map, which is certainly far from an exhaustive list, our Civic Design Partnership team looked to areas of higher density residential (townhomes, apartments, or greater density single-family homes) and the presence of public space where a picnic could occur for enjoying food. The following were some of our suggested locations:

Please respond below in the comments with any other suggestions. Let’s not let the virus sour our summers, let’s figure out how to gain greater access to local food and leverage our resources instead!