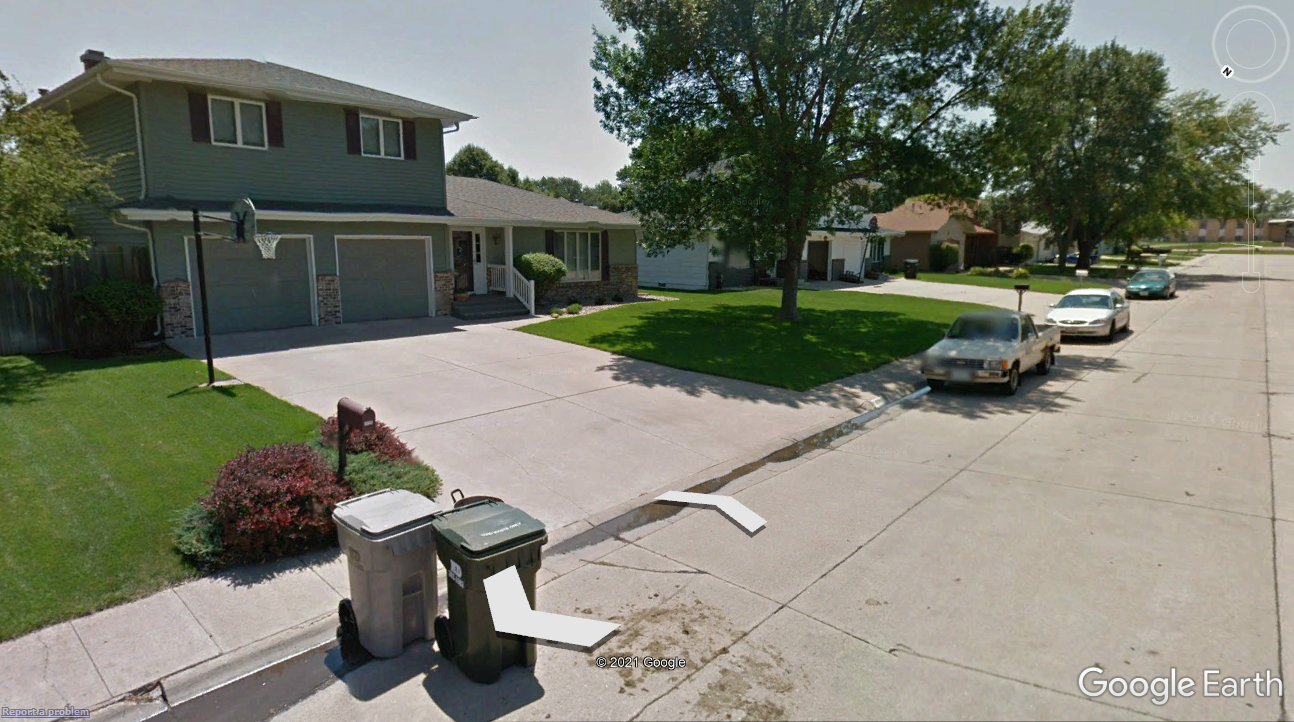 This past decade, I have found myself answering this basic question of how I ended up in the world of new urbanism. I certainly did not grow up in an urban environment, and when I mention that I am from Nebraska, people really get confused of how I could have such a passion toward something that is the opposite of the perception of a place like Nebraska. Mostly, they are right. Most of Nebraska is not urban at all, but there are several small towns throughout the state that embody exactly what new urbanism promotes – walkability and a sense of community.

My childhood home was in a small town in most respects, but the third largest city in Nebraska of around 30,000 people – today Grand Island has a population of over 50,000 residents. I lived in four different houses, all in Grand Island, all suburban in nature, all with 2-3 car garages in the front of the homes. Each home suited my family well and I really loved each for their different nuances. I had great friends that lived nearby at my elementary and middle school homes and spent most of each day wandering the neighborhoods playing baseball, soccer, basketball and football. Life was great, which probably differentiates me from many “urbanists” in understanding the appeal of the suburbs. I get the appeal – life in suburbia was awesome for me.

In high school, I drove about ten miles to school, work and to be with my friends. It was what I knew and never really questioned it. I left Grand Island for another relatively small city for college – Manhattan, Kansas – the home of Kansas State University. Dorm life was walkable, my car was parked 10 minutes away by foot so I drove it home and really nowhere else. My first apartment was not as walkable, but still bikeable to campus. My second apartment had good proximity to a grocer that I could have walked, but rarely did. Again, I never really questioned any of this. I had a car and enjoyed driving it (this honestly probably sounds familiar to most people from the Midwest).

After college, my first professional job was in Omaha at HDR in their Planning Department. I clearly had not embraced the principles of the New Urbanism as I purchased my first home in Omaha straight out school in the epitome of suburban sprawl. (You can read more about this experience here Quantifying the effects of suburban living). Within the first two weeks, I was thrust into my first community meeting for a four-square mile neighborhood planning effort, called “Destination Midtown”. HDR was approaching the planning effort with the principles of the new urbanism in mind. At the post-community meeting, where I remember being completely exhausted, my friend at HDR, Troy Henningson, said to me, “Johnny ****’n O, you’re sitting in Andres Duany’s seat” (apparently they had hosted Andres just before this for a presentation and had dinner with him after at M’s Pub in the Old Market). My reaction shocked them when I simply said between beer sips, “I don’t know who that is.” For those who also may not, Andres Duany and his wife Elizabeth Plater-Zyberk are the founders of DPZ, the architects behind Seaside and countless other new urbanism projects. DPZ is the iconic firm in the world of new urbanism – a firm I spent the next five years studying and idolizing.

I had no clue how much my response to that statement from Troy at dinner would change my life – for the better. Troy and my other colleagues at HDR swiftly armed me with books and literature about the new urbanism, from books by Andres Duany, Jane Jacobs, Richard Florida and James Kunstler. I began questioning everything from my suburban lifestyle, my automobile commutes, what I wanted to do… I questioned everything.

A couple short years later, I was a tail-tucked puppy ashamed of my suburban home and lifestyle and promptly wanted a change. I sent resumes and inquiries to three firms soliciting positions with a new urbanism mindset, each of which I interviewed and was offered a job. The next big task was figuring out where I wanted to be – Dallas, Boulder, or Colorado Springs. For most urbanists, the choice would be Boulder, but I am glutton for punishment because I chose the community that I felt needed me the most – Colorado Springs. I saw it as the current Mayor sees it – a City with infinite possibility due to its natural setting that very few can rival. The adjacent natural environment is breathtaking! For me, I saw so much opportunity for redevelopment and to help create great places that can come close to matching its beautiful setting. As a fifteen-year resident of Colorado Springs now, I can say that we are getting there, but still have quite a way to go. The bar is set high, but we have great momentum.

In writing this, I still cannot give a straight answer to the question. But I believe the answer is closer when I reflect on visits with my grandparents in both Genoa, Nebraska and more specifically in Gibbon, Nebraska. Of course, the highlight was in seeing my grandparents, but I have very vivid memories of walking to the small grocery store with my Grandpa for cookies, ice cream, and occasionally candy cigarettes. This small town where you could walk to the park, grocery store, restaurants, post office and other places provides a great sense of nostalgia. It was so wonderful with the happenstance meetings with my grandparents’ friends on the way – ok, I do remember that part getting annoying as a kid…after all, the ice cream was going to melt!

This sense of community has been lost in suburban sprawl and automobile dependency today. I believe that if offered the choice of where a person’s home (apartment, townhome, condo, single-family homes all included) are situated, most would love to have this sense of community. This is what new urbanism means to me and why I push as hard as I do to bring back community. Thanks for joining me in this memory recollection exercise!